Are you puzzled and wondering what is all of this Mercury Retrograde Wonkiness?

Some of you may have already been experiencing some forgetfulness and other interesting things happening to you. Here is why…

Don’t forget we are still in Mars Retrograde at the time of this post.

WHAT YOU SHOULD DO WHEN MERCURY IS RETROGRADE

The planet Mercury rules communication, travel, contracts, automobiles, and such.

So, when Mercury is retrograde, remain flexible, allow extra time for travel, and avoid signing contracts. Double-check your email responses, check-in with reservations before you take that trip.

Several times during the year, Mercury will go into retrograde.  Most of us will be subject to its maddening effects and consequences, particularly if you happen to be a Gemini or Virgo as these signs are ruled by Mercury.

What is all of this Mercury Retrograde Wonkiness and what does it really mean?

To start with you need to understand what a retrograde planet is.

What happens when Mercury is in retrograde?

You may miss appointments, your computer crashes, cars don’t start, checks or important documents get lost in the mail, there will be delays, cancellations, and postponements.   Keep this in mind you are traveling just before the holidays start. But these will be of benefit to you in the long run so don’t fight them.

What should we do during Mercury Retrograde?

These will be very frustrating and restless times.  It is best to keep a low profile when mercury in retrograde is upon us.  Take nothing for granted.  Don’t sign important documents or make major decisions.  The effects of Mercury can be felt prior to and after retrograde itself.  And even though they are not retrograde, they are very influential as Mercury as at its most erratic. Loads of the chaos suggested in Mercury Retrograde is the stuff that’s more likely to happen when we’re tired, hungry, rushing, or disorganized! This is the season for that, isn’t it?

On the Positive side, take advantage of some of this Mercury Retrograde time to nest and rest a little at home, connect and declutter.

De-clutter your Home during Mercury Retrograde and start getting ready for the New Year!

This is the ultimate time to start clearing the clutter from life, and the benefits include:  having more time, peace of mind, money, connection, creativity, and love every day.   Learn how to perform a space clearing today.

You might not be able to clear your whole life of clutter during Mercury Retrograde, nor should you force it, but you can start now and get the flow going.

Get some Rest and Clarity with great expectations

Great Rest and Clarity go hand in hand, then Great expectations are to follow!  We get more of what we expect, so start the day with the simplest decision that amazing things are on the way and see how that changes the flow of things! Meditate, drink water take care of you, and engage in some self-care activities. or create a mini zen garden.

Go to bed one hour earlier to unplug from all the devices and daily noise. With Clear intentions of getting some rest for the soul, clarity will follow during this Retrograde time of confusion.

See friends & family, catch up with loved ones you haven’t seen in ages, and embrace a season of togetherness.  Spend time with the people you love and the love multiplies! Enjoy some shopping together or some playing a board game on a Friday night.

Photo by Clem Onojeghuo on Unsplash

Plan ahead, Mercury typically rules communication and clear thinking, so when it’s retrograde, those things tend to get a little screwed up. It usually results in a lot of confusion, communication issues, and poor decision making — all things that are essential for a comfortable traveling experience. This December, Mercury is going retrograde in Saturn, which can actually make transportation problems worse.

Being Pro-ACTIVE and Communication is Going to be KEY!

According to Astrology King, Mercury retrograde in Saturn can bring about a lot of Negative energy along with critical thinking that is best applied to challenging mental work.  If you have not planned ahead, made some extra Buffer travel time, and communicate your plans to your loved ones. Do so now to avoid any confusion later.

If you don’t have a productive outlook on it, it can easily be turned into negative thinking, and that can lead to a whole bunch of other issues like difficulty communicating.

Both of these things can translate into a lot of general travel annoyances, like making poor decisions you wouldn’t normally make, or causing you to miscommunicate with someone and possibly screw up plans. And it might not even affect you directly — it could affect someone you’re traveling with or to, and affect you in turn.

Be Present and  100% Available

When we’re fully present, we are showing up and paying attention,  we’re super powerful.  Spend time getting grounded in Nature or in meditation.  Prepare for things a little more.  Slow down the pace so you catch all the details.  Sleep, eat, and move enough to feel awake and alive.  It’s the simplest way to have more confidence, radiance, and creative genius.  During times of Mercury retrograde, you will need your energy to be alert and present. That is why you should get some rest first!

Here is a summary for you to PIN it or download it if you need it in a jiffy.

In Conclusion, I hope that you take it easy during all of this Mercury Retrograde Wonkiness, and yes, it will be over before you know it.

What are the dates for Mercury retrograde in 2020 and beyond?

In 2020, Mercury will be in apparent retrograde motion during the following ranges of dates:
This chart is a great tool starting from 2016, take a look at what manifested in those times.
Mercury is going into retrograde from the following dates for 2021 until 2030,  – hang in there! Comment below and let me know what Mercury Retrograde Situations and Stories you have experienced.

Also, have you heard we are now in Mars Retrograde?
Have a read on our blog and prepare yourself and stay safe. 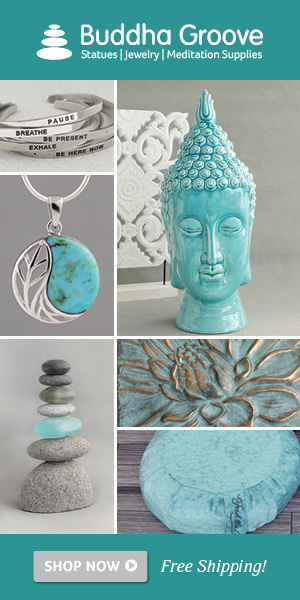 Let’s learn… all about Feng Shui, with a Sprinkle Law of Attraction to Help You with Your Love & Relationships, Wealth, and Your Home.  Join Us!